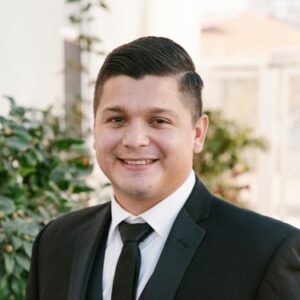 Jackson Digital is an SEO Company in Huntington Beach, California. They strive to provide search engine optimization results for their clients. If you are a business owner thinking of moving your business to Huntington, start with the proper marketing services.

Huntington Beach was first inhabited by the Tongva.

European settlement of the area dates back to 1784 when Manual Nieto got a Spanish land grant for 300,000 acres to reward him for his valor in military service, and also to promote settlement in Alta California.

Following a vicious dispute with the Mission San Gabriel, Rancho Los Nietos was reduced in size, although it remained thousands of acres strong.

Huntington Beach’s main thoroughfare, Beach Boulevard, was once a cattle route. Since then, Huntington Beach has experienced many changes. Known as Shell Beach, and then Smeltzer, the area was then called Gospel Swamp for the meetings in the marshland. It later became known as Fairview then Pacific City.

To gain access to the Pacific Electric Red Car lines of Henry E. Huntington, the town ceded power and became a city afflicted by boosterism and corporate sponsorship.

In 1904, the Huntington Beach pier was constructed as a timber structure 1,000 feet long.

On February 17, 1909, Huntington Beach was incorporated under mayor, Ed Manning.

Originally developed by Huntington Beach Company and owned by Henry Huntington, the company remains a major land-owner in the city today, owning the bulk of all local mineral rights. This company is now fully owned by the Chevron Corporation.

An encyclopedia company began giving away free parcels of land in the area when consumers bought a full set for $126. These lucky buyers got even more than they had hoped for when oil was found in the area. Heavy development followed and the price of land for housing eventually pushed rigs away.

Huntington Beach was mainly agricultural during its early years. Holly Sugar was a major employer. The processing plant in the city was converted to an oil refinery.

Huntington Beach High School,  the city’s first high school, is located on Main Street, and was built in 1906. The school’s team is named the Oilers.

There was a small general aviation airport, Meadowlark Airport, in Huntington Beach from the 1940s until it closed in 1989.